Cognitive Dissonance: Theory, Examples & How to Reduce It “Tomorrow I will start my diet,” I reflected, while munching a doughnut.

If this has ever happened to you, you have experienced first-hand what this article is about: what happens when we act in a way that does not align with who we believe we are.

That slight feeling of discomfort we perceive when noticing this mismatch is called cognitive dissonance.

Cognitive dissonance is powerful because we are highly driven to eliminate it. The way we do that can be transformative or destructive. Interestingly, we often do so without being aware of it.

Before you continue, we thought you might like to download our three Positive CBT Exercises for free. These science-based exercises will provide you with detailed insight into Positive CBT and give you the tools to apply it in your therapy or coaching.

A man with a conviction is a hard man to change. Tell him you disagree and he turns away. Show him facts or figures and he questions your sources. Appeal to logic and he fails to see your point.

Over 60 years ago, Leon Festinger (1957) postulated one of the most well-known theories of psychology: cognitive dissonance theory.

Discrepancy between an attitude and a behavior – eating a doughnut while thinking of reducing calorie intake – leads to psychological discomfort called cognitive dissonance (Harmon-Jones, 2019).

There are four strategies used to do reduce the discomfort of cognitive dissonance:

The concept of cognitive dissonance is nicely explained in this YouTube video by social psychologist Andy Luttrell.

Cognitive dissonance occurs frequently and to all of us (Harmon-Jones, 2019).

Imagine confronting a sunbather with the information that excessive sun exposure is the leading cause of skin cancer. The two thoughts – ‘sunbathing can cause cancer’ and ‘I am sunbathing’ – will cause the discomfort of cognitive dissonance. Consequently, they will be motivated to reduce it.

They will do this in one of four ways: Cognitive dissonance is not necessarily a bad thing.

In fact, it is a psychological mechanism that helps us perceive our world (and our place in it) consistently. It is a mechanism that alerts us when we are not acting in line with our beliefs, attitudes, or plans.

In that sense, the experience of cognitive dissonance is an opportunity to learn and grow, as long as we deal with it constructively and respond in a way that we choose and is beneficial.

Often, we deal with cognitive inconsistencies without being aware of them. The first step is to notice inconsistencies between our thoughts. We can raise our awareness through mindfulness practice. This includes refraining from judgment and instead being accepting of our observations.

The next step is to identify the cause of inconsistencies in our thoughts. Understanding your beliefs and values behind the inconsistencies is an opportunity to develop deeper self-knowledge.

Sometimes, it’s helpful to challenge our current beliefs. This can be a difficult and uncomfortable process and involves getting additional information.

3. Consider the importance of dissonant thoughts

Sometimes the dissonant information appears to be important at first sight but can be diminished upon deeper reflection.

A good example is the prospect of embarrassing ourselves in front of others, such as by forgetting our words during a speech. However, after further thought, we may decide that it does not matter what others think of us and can thus reduce the dissonance.

We may perceive dissonance when we engage in a new behavior (e.g., when we decline an invitation to an event we usually attend in order to protect our leisure time). While this can feel uncomfortable at first, it’s helpful to reflect on the reasons behind our behavior.

A Look at Research Findings

Festinger and Carlsmith (1959) conducted one of the first studies examining cognitive dissonance.

In a three-group experimental design, they asked participants to complete a boring and monotonous task. Subsequently, intervention group participants were offered either $1 or $20 (under random selection) to engage in so-called counter-attitudinal behavior: telling the next participant that the task was enjoyable.

The researchers hypothesized that the intervention group participants would experience cognitive dissonance as a result of two conflicting thoughts: 1) the task is boring and 2) I am telling someone the task is fun.

They further presupposed that participants would be driven to reduce the dissonance by justifying their behavior. Since participants in the $20 condition had a more substantial justification (higher pay) already, they were further assumed to perceive less dissonance than those in the $1 condition.

Cognitive dissonance was measured indirectly by asking participants about changes in their opinion about how enjoyable the task was following the experiment.

As hypothesized, those in the $1 condition reported a significantly greater change of their opinion about the task than the other two groups. You can watch the following video clip about the study.

More recently, psychometric measurement scales were developed. Since cognitive dissonance often naturally occurs after a decision such as a purchase, this is what questionnaires have focused on.

The questionnaire can be downloaded free from ResearchGate.

Koller and Salzberger (2007) developed an eight-item consumer behavior scale. Their questionnaire includes items regarding the decision-making process before and after the purchase. The full text can be requested from the authors free of charge via the ResearchGate website.

Dealing With Dissonance in Therapy: 4 Tips According to psychology professor Joel Cooper (2007), “Most therapies seek to change people’s maladaptive reactions to their social world to more adaptive responses.”

Therapists aim to help their patients by understanding and changing their attitudes, emotions, or behaviors. Dissonance can be hard to address constructively. The following tips consider its use or presence in therapy.

Cognitive dissonance theory itself suggests that if patients are investing time, money, and emotional effort in the therapy, they will be likely to work hard to reach their therapeutic goals in order to justify their efforts.

If patients are provided with the opportunity to co-design aspects of their therapy, they may be more likely to act in line with their choices by reaching their therapeutic goals.

3. Provide a safe space and consider the use of relaxation techniques

Patients are likely to feel uncomfortable when dissonant thoughts are discussed, which can impede their ability to think constructively.

Therapy can help patients by reflecting on and taking control of their thoughts. Sometimes when patients engage in a new, more constructive behavior, they can perceive dissonance simply because it is contrary to the way they used to act. Providing the space and time to understand their new behavior and justifying it can help to reduce the dissonance.

A Note on Cognitive Dissonance in Relationships

Cognitive dissonance and the way we cope with it regularly affect our relationships, too, both positively and negatively.

Relationships are typically built on shared attitudes, beliefs, and values. When our friends or partners act contrary to our beliefs and values, we perceive dissonance.

This offers opportunities to discuss the discrepancies, deepen the relationship, and re-align values. Conversely, we may justify or trivialize negative behavior or even end the relationship.

In romantic relationships, important values represent hotspots for cognitive dissonance and typically center on big decisions, such as the wish to have children, lifestyle choices (e.g., buying a house vs. traveling the world), and issues related to family and friends.

The expectation of shared beliefs, values, and attitudes from family members can additionally influence romantic relationships. If these don’t align, we might consider justifying our relationship or breaking up. An extreme example of the negative consequences of cognitive dissonance is when we justify our partner’s harmful behavior toward us and get stuck in a toxic relationship.

2 Books on the Topic The original book by Leon Festinger is a staple on every (social) psychologist’s bookshelf.

It provides an introduction to the theory and covers the topics of cognitive dissonance following decisions, the effects of forced compliance, the impacts of voluntary and involuntary exposure to information, and the role of social support. This book includes examples of cognitive dissonance in today’s world.

4 Interesting Podcast Episodes on the Subject

The Psych Files is hosted by psychologist Dr. Michael A. Britt and has several episodes on cognitive dissonance:

This episode of the podcast Behavioral Grooves features an interview with Dr. Kathleen Vohs on cognitive dissonance theory. Dr. Vohs discusses the topic as it relates to supporters of Former President Donald Trump justifying one of his controversial tweets in 2019.

The following resources will make great supplemental support on the topic:

Cognitive dissonance is a well-researched psychological phenomenon. It occurs in all of us frequently, not just when planning to diet and justifying a doughnut with a delayed diet start.

Negative consequences of cognitive dissonance reduction include procrastination or acting seemingly contrary to our values and beliefs. However, it can be beneficial to remind ourselves that it exists as a psychological safety mechanism to help us perceive the world consistently and to protect the perception we have about ourselves.

Understanding our mechanisms with which we reduce dissonance and recognizing when it occurs are key to making informed and constructive decisions. Self-awareness and mindfulness practice empower us to notice inconsistencies in our thinking and find the space between dissonance triggers and our reaction so we can choose a response we are truly happy with.

We hope you enjoyed reading this article. Don’t forget to download our three Positive CBT Exercises for free.

References
About the author
Dr. Maike Neuhaus is an energetic and future-oriented Positive Psychology Coach and behavior change expert, passionate about empowering others to live a happy and purpose-driven life in line with their true potential. Having spent most of her career to date advancing research about how people can live well and translating wellbeing science into real-world programs, she practices what she preaches and now enjoys the freedom of working for herself and doing what she loves while travelling the world with her family. 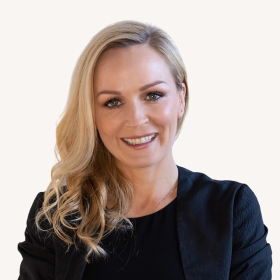 The Only Marketing Book You'll Ever Need as a Practitioner.

Discover how to get more clients, boost your authority, and build the coaching practice of your dreams with the new eBook from PositivePsychology.com, The 7 Pillars of a Profitable Practice.
[Click here to learn more]

[New eBook] The 7 Pillars of a Profitable Practice