Shame Resilience Theory (SRT) is, as the name suggests, a theory concerned with how people respond to feelings of shame.

It was first articulated in a 2006 paper by Brené Brown.

Shame is a universal emotion that can have serious negative consequences if left unchecked, so examining what resilience in the face of shame looks like is an important scientific undertaking.

This piece will discuss shame itself, the theory of shame resilience, and possible future directions for SRT.

Before you read on, we thought you might like to download our 3 Resilience Exercises for free. These engaging, science-based exercises will help you to effectively deal with difficult circumstances and give you the tools to improve the resilience of your clients, students, or employees.

What is Shame? Why Does it Matter?

Shame is a fundamental human emotion that is similar to feelings of guilt and disgrace. While humanity has felt shame and discussed it at least as far back as 2,000 years ago with the Roman philosopher Seneca’s writings on the topic, it has historically not been studied in an academic setting (Van Vliet, 2008). This has changed in the last few decades, however, as recent studies have examined the role of shame in:

These studies show that shame is a powerful emotion that can have wide-ranging effects on our mental health, and should not just be dismissed as an emotion that everyone feels from time to time.

Aside from playing a role in the above-mentioned disorders and situations, shame can also lead to social withdrawal and isolation, which only further exacerbates many of the issues mentioned above (Van Vliet, 2008). Since it is impossible to simply not feel a reflexive emotion such as shame, it is imperative to understand strategies for overcoming feelings of shame.

What is Shame Resilience Theory? A grounded theory attempt to explore how people overcome feelings of shame can be found in Shame Resilience Theory (SRT).

SRT is an attempt to define shame and its consequences, as well as the ways that people (specifically women, in the original 2006 study) respond to shame.

According to Brené Brown, shame causes people to feel “trapped, powerless, and isolated” (Brown, 2006). Brown also suggests that while shame triggers can vary between individuals and cultures, there are certain triggers that are more common than others, such as:

This wide range of examples shows that shame can occur in all aspects of someone’s life, underscoring the importance of SRT.

The main idea behind SRT is studying the strategies that people employ to avoid feeling trapped, powerless, or isolated in the face of feelings of shame. A goal of shame resilience is to help those who feel shame feel “empathy, connection, power, and freedom” instead, emotions that can be considered the opposite of shame (Brown, 2006).

Based on this goal of reaching feelings of empathy, connection, power, and freedom, SRT proposes that shame resilience is essentially made up of four steps:

In other words, a crucial aspect of SRT is being able to recognize that shame needs to be acknowledged and understood before it can be overcome. SRT research suggests that shame is most harmful when it goes unacknowledged and is not spoken of.

Assuming this is true, it underscores the importance of research into shame and SRT, as the more people know about shame the easier they can overcome it.

Some Additional Words on Shame and Vulnerability from Brené Brown

As a quick aside, if Brown’s research sounds interesting to you, there are two TED Talks she has given that you might find interesting.

The Power of Vulnerability

In Brown’s first TED Talk, she discusses shame and vulnerability in the context of her personal struggle between human vulnerability and her scientist’s desire for control and prediction. The talk comes in at 20 minutes and is entertaining all along. Listen to this one first, since it serves as a starting point for the second one.

This is Brown’s second TED Talk, filmed two years after The power of vulnerability, begins with a quick discussion of her first TED Talk and the vulnerability she felt after recording it. She then goes on to discuss the importance of shame specifically, and why she feels the need to continue discussing it despite her success in speaking about vulnerability in the first talk.

This talk also comes in at just over 20 minutes.

What are the Future Directions of Shame Resilience Theory?

As SRT continues to be developed and expanded upon from the original 2006 paper, it has been used in studies examining the role of shame in both women and men (Van Vliet) and in childhood sexual abuse (Bryan & Albakry), as well as a study (Rogers & Ebbeck) examining shame in exercise classes (Bryan & Albakry, 2015; Rogers & Ebbeck, 2016; Van Vliet, 2008).

There have also been several studies that have dealt with the concepts of shame and resilience without engaging with SRT. These include studies looking at the role of shame in alcoholism (Hill & Leeming) and trauma (Tummala-Narra), as well as a study (Kim) looking at the role of shame and vulnerability in Christian caregivers (Hill & Leeming, 2014; Kim, 2017; Tummala-Narra et al., 2012).

While any study looking at the roles of shame and resilience in different settings can be fascinating and important, future studies should try to build upon SRT, whether or not they completely agree with the theory.

A strong, unified theory shaped by continual observation would benefit all shame-based research, as well as further legitimize these studies as well as SRT itself. These studies are engaging with the same ideas that form SRT anyways, so it is a logical next step that they begin engaging directly with the theory as well.

At many points in our lives, we will all feel shame, aside from extreme cases. Since there is no way to avoid feeling shame, and since feeling too much shame can have severe negative consequences (such as feeling trapped, isolated, and powerless), the way we react to shame is important to consider. This is the driving idea behind Shame Resilience Theory (SRT).

To put it simply, SRT believes that the best way to respond to shame is to recognize the internal and external factors that led to that shame, and then discuss this and the feelings of shame of themselves with others. By doing this, we will begin feeling empathy, connection, power, and freedom, the opposites of shame.

If you practice these steps of SRT, you will find yourself more resilient in the face of shame and will not suffer as much from feeling shame. It is also important to note that since a large part of SRT is reaching out to others, being available for people when they are feeling shame is just as important as being resilient towards your own feelings of shame.

The more we practice SRT and go from feeling isolated and powerless to feeling connected and powerful, the more we will all benefit.

We hope you enjoyed reading this article. Don’t forget to download our 3 Resilience Exercises for free. 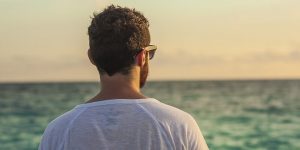 Resilience & Coping
Humor in Psychology: Coping and Laughing Your Woes Away Resilience & Coping
What is Coping Theory? Resilience & Coping
How to Be Mentally Strong: 14 Ways to Build Mental Toughness 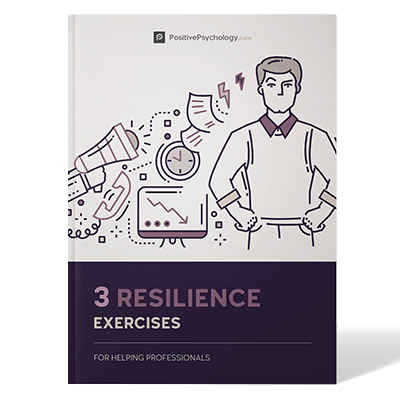