What Does it Mean to Have a Sense of Coherence? (+Scale) According to Harvard Health, the Sense of Coherence Scale (SOC) is a scale that assesses how people view life and a scale that seeks to identify how people might use their resources to overcome resistance and maintain and develop their health.

The concept of a sense of coherence (SOC) originated from Aaron Antonovsky in 1979 to explain why some people become sick under stress while others stay healthy.

This concept has since gained widespread attention and has also been linked to health outcomes in many studies.

Before you continue, we thought you might like to download our three Meaning and Valued Living Exercises for free. These creative, science-based exercises will help you learn more about your values, motivations, and goals and will give you the tools to inspire a sense of meaning in the lives of your clients, students, or employees.

What is a Sense of Coherence? (Definition)

Sense of coherence or SOC is a mixture of optimism combined with a sense of control.

The SOC has three main components:

Comprehensibility, a cognitive aspect, refers to the extent to which you might perceive both internal and external stimuli as being understandable in some kind of rational way. (Eriksson and Mittelmark, 2017).

This might also have to do with having the ability to see things as orderly, coherent, clear, and structured.

The idea of being of able to make something structured out of a chaotic situation makes it much easier for us to understand the context in which we might see things or view life.

Manageability, a behavioral aspect, has to do with the degree to which we might feel that there are resources at our disposal. These resources might then be used to help manage the stimuli that we are constantly bombarded with. (Eriksson and Mittelmark, 2017).

Meaningfulness, a motivational aspect, has to do with the extent to which we feel that our lives have some kind of emotional meaning. This might also come into play when we face some sort of problem or challenge. (Eriksson and Mittelmark, 2017).

How Can Your Sense of Coherence Affect Your Mental Health? In a study done by Potier et al. (2017), a high sense of coherence can serve as a sense of protection from the burden of caregiving amongst older spouses.

Those who care for others often experience stress, and those they care for may even feel like they are a burden.

Having a sense of coherence may help those types of people in terms of coping with this kind of stress.

Having a sense of coherence may also be an irrefutable factor for health outcomes and quality of life, according to the study.

In the study, 79 caregivers were recruited from an outpatient clinic. The average age was 79 years, with 53% of caregivers being women. Of the care recipients, 82% had some cognitive impairment.

The study surmised that having a high sense of coherence seemed to act as a protective factor against the hardship of caregiving.

Another study by Schafer et al. (2018) indicates that having a sense of coherence is also important for the mental health of ICU staff and anesthesiology.

It is well known that hospitals, especially intensive care units, are stressful and demanding places. Both nurses and physicians are constantly bombarded with various stressors, including team conflicts and patient’s deaths.

According to the study, a high sense of coherence (SOC) and general resilience, as well as an internal locus of control (LOC), has been identified as important health-benefiting factors amongst medical staff.

Sense of coherence was found to be the most important correlate of both general mental health and PTSD symptoms, in the ICU and anesthesiology unit.

The research surmises that with further longitudinal studies, implementing interventions focused on the enhancement of SOC in training programs might be a promising approach to preventing or reducing psychopathological symptoms amongst this type of staff.

Aaron Antonovsky’s Work on the Topic

Aaron Antonovsky was a medical sociologist who named and developed the “SOC” concept as part of his research on the topic of health, stress and coping.

Antonovsky’s work was based around the question of why some people maintain a positive attitude and good health despite having hardships and stress in their lives, while others do not.

In other words, how is it that some people can easily manage their lives, while others cannot?

The answer, according to research done by Eriksson & Lindström (2007), was formulated in terms of a sense of coherence (SOC) and general resistance resources or GRRs.

Those with a high sense of coherence often have an enduring attitude. The SOC measures how people view life and how they manage stressful situations and how they identify and use their GRRs to maintain and develop their health.

The GRRs are things like money, intelligence, self‐esteem, preventive health orientation, social support, and cultural capital. People with these kinds of resources at their disposal tend to have a better chance of dealing with the challenges of life.

This is also known as the salutogenic concept.

The term ‘salutogenesis,’ refers to a theory of how and why certain people stay healthy. (Friedman, 2002).

What is interesting about this approach is that it doesn’t postulate a sense of control as the primary or even necessary characteristic of a healthy personality.

The Sense of Coherence Scale and Questionnaire (PDF)

You can find a full-text PDF at Researchgate.net 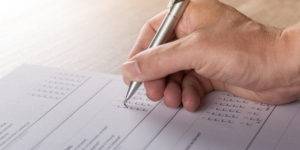 Antonovsky developed the (SOC-29) questionnaire to measure the sense of coherence.

The responses are measured on a semantic scale that ranges from one point to seven points. The questionnaire is designed to produce scores ranging from 29 to 203 points.

A shorter version of the scale was also developed, the SOC-13, which is a 13-question form.

In the shorter form developed by Antonovsky, the score ranges between 13 and 91 points.

Other scales have also been developed to measure the sense of coherence at the family level and the neighborhood level.

Antonovsky’s scales have been used in at least forty-nine different languages in forty-eight different countries.

According to Eriksson and Mittelmark (2017), the SOC appears to be a multidimensional construct rather than unidimensional as Antonovsky initially believed.

This assumption, however, finds no support in subsequent empirical research. However, as Antonovsky hypothesized, a wealth of research has shown his scales to be reliable, valid, and cross-culturally applicable instruments.

Is it a Valid Test?

There have been some criticisms of the short nature of some versions of the test, specifically a three-item version.

This shorter version reflects the reality that in many applications, specifically healthcare, that questionnaires need to be short by design.

The SOC-29 and SOC-13 have also been criticized for having a lack of instruments to measure various psychometric properties, according to Eriksson and Mittelmark (2017).

It has also been suggested that the SOC concept does not adequately deal with the various mental or emotional issues of the experience of life.

Other criticisms include a conclusion that the SOC-29 and SOC-13 are only moderately related to different measures of physical health. (Eriksson and Mittelmark, 2017).

Antonovsky also assumed that one’s internal and external environment had to be predictable for that person to have a high sense of coherence.

On the other hand, some say that predictability should not be included when it comes to measuring and conceptualizing a sense of coherence and that a lack of predictability is not necessarily something that suggests a lack of health. (Eriksson and Mittelmark, 2017).

According to some, unpredictability is the thing that makes life matter in the first place, so there have been differing opinions on this theory that predictability is key to a sense of coherence.

Having a sense of unpredictability can provide a state of initiative and energy as well as a positive attitude.

Since the SOC-29 includes several such items that have to do with the idea of predictability, some researchers have deemed this instrument as flawed. (Eriksson and Mittelmark, 2017).

Much of this concept is built on the idea of salutogenesis, which is an approach to human health that examines the factors that may contribute to the promotion and maintenance of physical and mental wellbeing rather than disease.

This concept also has a lot to do with someone’s coping mechanisms, which can help preserve a state of vital health despite stressful conditions.

A focus on health and people’s resources is a broad concept and much more than the mere measurement of a sense of coherence.

The idea of salutogenesis as an umbrella concept with many different theories and concepts involved.

We have seen that Antonovsky believed that one’s sense of coherence tends to diminish after retirement.

This assumption, according to Eriksson and Mittelmark (2017) finds no support in subsequent empirical research.

One’s sense of coherence seems to be something that is relatively stable over time, but not quite as stable as Antonovsky once assumed.

Research has shown that sense of coherence is something that develops over the entire cycle of life and may even increase with age (Eriksson and Mittelmark, 2017).

It does seem like more research is needed to further examine the idea of a sense of coherence and how it holds up over time and throughout one’s lifetime.

We hope you enjoyed reading this article. Don’t forget to download our three Meaning and Valued Living Exercises for free.

References
About the author
Leslie Riopel, MSc., is Professor of Psychology at Northwood University. She writes on a wide range of topics at PositivePsychology.com and does research into mindfulness and meditation. Leslie’s unique blend of experiences in both real estate & psychology has allowed her to focus on fostering healthy workplaces that thrive. 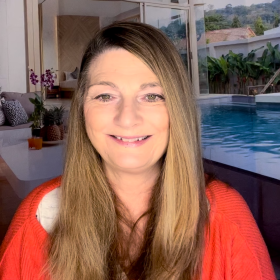