The Classification of Character Strengths and Virtues Character Strengths and Virtues is a groundbreaking handbook compiling the work of researchers to create a classification system for widely valued positive traits.

This handbook also intends to provide an empirical theoretical framework that will assist positive psychology practitioners in developing practical applications for the field.

There are 6 classes of virtues that are made up of 24 character strengths:

Researchers approached the measurement of “good character” based on the strengths of authenticity, persistence, kindness, gratitude, hope, humor, and more.

Before you continue, we thought you might like to download our three Strengths Exercises for free. These detailed, science-based exercises will help you or your clients realize your unique potential and create a life that feels energized and authentic.

What Makes Us Strong and Virtuous?

Cultures around the world have valued the study of human strength and virtue. Psychologists have a particular interest in it as they work to encourage individuals to develop these traits. While all cultures value human virtues, different cultures express or act on virtues in different ways based on differing societal values and norms.

Martin Seligman and his colleagues studied all major religions and philosophical traditions and found that the same six virtues (i.e. courage, humanity, justice, etc.) were shared in virtually all cultures across three millennia.

Since these virtues are considered too abstract to be studied scientifically, positive psychology practitioners focused their attention on the strengths of character created by virtues, and created tools for their measurement.

The main assessment instruments they used to measure those strengths were:

The main criteria for characters strengths that they came up with are that each trait should:

The Handbook delves into each of these six traits. We’ve summarized key points here.

1. Virtue of Wisdom and Knowledge

The more curious and creative we allow ourselves to become, the more we gain perspective and wisdom and will, in turn, love what we are learning. This is developing the virtue of wisdom and knowledge.

Strengths that accompany this virtue involve acquiring and using knowledge:

The braver and more persistent we become, the more our integrity will increase because we will reach a state of feeling vital, and this results in being more courageous in character.

Strengths that accompany this virtue involve accomplishing goals in the face of things that oppose it:

There is a reason why Oprah Winfrey is seen as a symbol of virtue for humanitarians: on every show, she approaches her guests with respect, appreciation, and interest (social intelligence), she practices kindness through her charity work, and she shows her love to her friends and family.

Strengths that accompany this virtue include caring and befriending others:

Mahatma Gandhi was the leader of the Indian independence movement in British-ruled India. He led India to independence and helped created movements for civil rights and freedom by being an active citizen in nonviolent disobedience. His work has been applied worldwide for its universality.

Strengths that accompany this virtue include those that build a healthy and stable community:

Being forgiving, merciful, humble, prudent, and in control of our behaviors and instincts prevents us from being arrogant, selfish, or any other trait that is excessive or unbalanced.

Strengths that are included in this virtue are those that protect against excess:

The Dalai Lama is a transcendent being who speaks openly why he never loses hope in humanity’s potential. He also appreciates nature in its perfection and lives according to what he believes is his intended purpose.

Strengths that accompany this virtue include those that forge connections to the larger universe and provide meaning:

Positive psychology practitioners can count on practical applications to help individuals and organizations identify their strengths and use them to increase and maintain their levels of wellbeing.

They also emphasize that these character strengths exist on a continuum; positive traits are regarded as individual differences that exist in degrees rather than all-or-nothing categories.

In fact, the handbook has an internal subtitle entitled “A Manual of the Sanities” because it is intended to do for psychological wellbeing what the DSM does for psychological disorders: to add systematic knowledge and ways to master new skills and topics.

Research shows that these human strengths can act as buffers against mental illness. For instance, being optimistic prevents one’s chances of becoming depressed. The absence of particular strengths may be an indication of psychopathology. Positive psychology therapists, counselors, coaches, and other psychological professions use these new methods and techniques to help build people’s strength and broaden their lives.

It should be noted that many researchers are advocating grouping these 24 traits into just four classes of strength (Intellectual, Social, Temperance, and Transcendence) or even three classes (excluding transcendence), as evidence has shown that these classes do an adequate job of capturing all 24 original traits.

Others caution that people occasionally use these traits to excess, which can become a liability to the person. For example, some people may use humor as a defense mechanism in order to avoid dealing with a tragedy.

What Strengths Do Women Score Higher?

There’s an interest in identifying dominant character strengths in genders and how it is developed.

As Martin Seligman and his colleagues studied all major religions and philosophical traditions to find universal virtues, much of the research on gender and character strengths have been cross-cultural also.

In a study by Brdar, Anic, & Rijavec on gender differences and character strengths, women scored highest on the strengths of honesty, kindness, love, gratitude, and fairness.

Life satisfaction for women was predicted by zest, gratitude, hope, appreciation of beauty/excellence, and love for other women. A recent study by Mann showed that women tend to score higher on gratitude than men. Alex Linley and colleagues reported in a UK study that women not only scored higher in interpersonal strengths, such as love and kindness, but on social intelligence, too.

In a cross-cultural study in Spain by Ovejero and Cardenal, they found that femininity was positively correlated with love, social intelligence, appreciation of beauty, love of learning, forgiveness, spirituality, and creativity. The more masculine a man was, the more he correlated negatively with these character strengths.

What Strengths Do Men Score Higher?

Their life satisfaction was predicted by creativity, perspective, fairness, and humor. Alex Linley and colleagues study showed that men scored higher than females on creativity.

Miljković and Rijavec’s study found sex differences in a sample of college students. Men not only scored higher in creativity, but also leadership, self-control, and zest. These findings are congruent with gender stereotypes, as the study by Ovejero and Cardenal in Spain showed that men did not equate typical masculine strengths with love, forgiveness, love of learning, and so on.

In a Croatian sample, Brdar and colleagues found that men viewed cognitive strengths as a greater predictor for life satisfaction. Men saw strengths such as teamwork, kindness, perspective, and courage to be a stronger connection to life satisfaction than other strengths. There is an important limitation to this sample population, as most of the participants were women.

What Can We Learn From Both?

While there are differences in character strengths between men and women, there are many that they share. Both genders saw gratitude, hope, and zest as being related to higher life satisfaction, as well as the tendency to live in accordance with the strengths that are valued in their particular culture.

Studies confirm that there is a duality between genders, but only when both genders identify strongly with gender stereotypes. It makes one wonder if men and women are inherently born with certain strengths, or if the cultural influence of certain traits prioritizes different traits based on gender norms.

Development of Character Strengths in Children Peterson and Seligman’s, Character Strengths in Action handbook (2004) theorized that it is not common for some young children to demonstrate gratitude, open-mindedness, authenticity, and forgiveness.

Park and Peterson’s study (2006) confirmed this theoretical speculation, concluding that these sophisticated character strengths usually require a degree of cognitive maturation that develops during adolescence. So although gratitude is associated with happiness in adolescents and adulthood, this is not the case in young children.

Park and Peterson’s study found that the association of gratitude with happiness starts at age seven.

“Gratitude is seen as a human strength that enhances one’s personal and relational wellbeing and is beneficial for society as a whole.”

The nurturing of a child plays a significant role in their development, and role modeling is an important way of teaching a child certain character strengths as they imitate behavior and can then embrace the strength as one of their own.

Character Strengths and Wellbeing in Adolescents

The majority of the research today on character strengths focuses on adults, despite the known importance of childhood and adolescence on character development.

Parents, educators, and researchers have requested the VIA: institute on character strengths to develop a VIA survey that is especially aimed at youths. Take the VIA psychometric data – youth survey if you are between the ages of 10-17.

To finish off, here are some helpful videos for you to enjoy if you want to learn more about character strengths and virtues:

The measurement of character strengths and the different traits that go into making them have many applications, from life satisfaction to happiness and other wellbeing predictors. These measurement tools have been used to study how these strengths have been developed across genders and age groups.

What strengths do you possess? What implications can you see this research having in our world today? Can you see how it may apply to your own life?

We hope you enjoyed reading this article. Don’t forget to download our three Strengths Exercises for free. 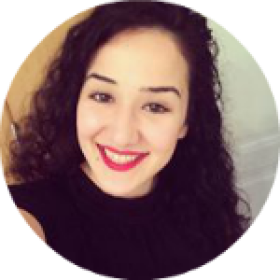 How to Perform Strengths-Based Therapy and Counseling

Our strengths make up our wealth in life. We can hide them away, remaining fearful, or use and develop them to the benefit of ourselves [...] What Is Openness to Experience & How Do We Measure It?

If last night’s dream helped you solve a problem, it could indicate that you are high in the personality disposition of openness (Larsen, Buss, Wismeijer, [...]