Historically mental illness has been ‘treated’ in a host of dangerous and sometimes horrifying ways.

Around 7000 years ago trepanation was the treatment de jour. It was thought that mental illness was caused by evil spirits and could be cured by drilling small holes into the brain.

While trepanation and other surgical methods such as lobotomies have unsurprisingly fallen out of favor, there is another approach – one that has been both celebrated and scorned over the last century: Psychotherapy.

Talking as a way to treat mental distress is as old as the story of humanity. In 300 BC, Socrates engaged his students through philosophical group discussions. Now known as the Socratic or dialectic method, these group discussions were used to help people better understand their universe and their purpose therein.

Contemporary psychotherapy works from a conceptual framework that links knowledge of the mind and knowledge of the brain. When undertaken by a trained clinician, psychotherapy can provide modes of describing personal experience through conversation, creating ways of understanding the self and treating mental health conditions.

The following article will explore the research and benefits of psychotherapy, and how you can maximize those benefits in order to improve psychotherapeutic outcomes.

What are the Benefits of Psychotherapy?

A Look at the Research

Psychotherapy has been studied in a variety of clinical and real-life settings, most commonly by assessing changes in symptoms and cognition from pre- to post-therapy (Kwon & Oei 2003).

Freud is generally credited with establishing psychotherapy as an autonomous branch and his psychoanalytic approach assumed that humans have an unconscious mind where feelings that are too painful to face are often hidden (NICE Clinical Guidelines, 2014).

At the end of the First World War, Freud conversed with soldiers who had been traumatized by their experiences: these dialogues served as a precursor to contemporary psychodynamic psychotherapy (Gaztambide, 2012).

During the Second World War, psychiatrists and psychologists drew on ideas from psychoanalysis and social psychology in order to return battle casualties to active duty, or at the very least to productive employment as civilians (Jones, 2004).

The introduction of clinical services during wartime was a significant catalyst for change and innovation, creating opportunities to develop and advance a number of group and individual therapies.

The decades that followed saw an increase in the number and quality of studies used to evaluate the outcome of psychotherapy. Meta-analytic reviews of research undertaken during the 1970s and 1980s indicated that patients who underwent treatment fared substantially better than untreated individuals (Lambert & Barley, 2001).

A number of studies have shown that psychotherapy induces structural changes to the brain and can alter activity in areas involved in self-referential thoughts, executive control, emotion, and fear (Luders et al., 2011).

Positron emission tomography studies indicated that psychotherapy can cause changes to the frontal-subcortical brain circuitry and assists in the mediation of obsessive-compulsive disorder. Porto et al, (2009) suggested that psychotherapy allows patients to experience a change in the affective value that they assign to stimuli, thus extinguishing responses to stimuli that had previously brought on compulsive behavior.

How Can Touch Be Beneficial in Psychotherapy?

Therapeutic touch was first described by Willison & Masson (1986) as physical contact between the therapist and the hands, shoulders, legs, arms or upper back of their client. Although touch has been shown to be important for development and relationships, within psychotherapy it has the potential to both harm and heal.

Leijssen (2006) emphasized that therapeutic touch must always be for the client’s sake; what is desired by one may not be desired by another. For some, human-to-human contact is within their personal and cultural boundaries of what is acceptable and helps to create a connection with a therapist, for others touch is outside a therapist’s remit (Ford, 1993).

According to Nordmarken & Zur (2004), there are six types of touch frequently used in psychotherapy:

While therapeutic touch should be carefully considered, in the right context it can be hugely beneficial. Within the practice of body-oriented psychotherapy (BOP), for instance, different forms of touch are applied professionally as a method of re-shaping somatic memories and releasing associated psychological constraints (Totton, 2003).

With practice-based clinical evidence and a number of empirical studies pointing towards the efficacy of non-verbal intervention strategies, therapeutic touch provides a range of unique contributions to the treatment of mental disorders.

The Benefits of Psychotherapy for Depression

It has been suggested that corticolimbic connectivity abnormalities are a primary cause of a number of psychiatric illnesses including depression and that psychotherapy can assist in the modulation of dysfunctional networks within the corticolimbic system (Leisman & Melillo, 2013).

The corticolimbic system consists of several brain regions that include:

The ventromedial prefrontal cortex – plays a role in the inhibition of emotional responses, decision-making, and the processing of risk and fear.

The amygdala – processes and regulates emotional responses to stimuli so that an individual may recognize similar events in the future.

The hippocampus – involved in spatial learning, memory, and behavioral regulation.

One potential cause for many of the core symptoms of depression – particularly those associated with negative emotional experiences – is inefficient cortical control over brain regions that respond to emotional stimuli. Psychotherapy has broadly been hypothesized to remediate these neural abnormalities and reduce symptoms by strengthening the cortical emotion regulatory processes.

Goldapple et al, (2004) used functional neuroimaging in order to measure changes in limbic and paralimbic activity after CBT treatment in depressive patients. When compared to pharmaceutical treatment they found that patients who underwent CBT showed elevated activity in their hippocampus, parahippocampus, and dorsal cingulate – areas that play key roles in learning, memory, and cognition.

Conversely, those who received only pharmaceutical treatment showed less elevated activity in the same regions.

The neural mechanisms of psychodynamic psychotherapy (PDT) in relieving the symptoms of depression have also been indicated through neuroimaging. The metabolic activities within the amygdala, hippocampus, and dorsal prefrontal cortex in depressive patients after PDT become similar to that of ‘healthy’ people when patients are exposed to attachment-related stimuli (Buchheim et al, 2012).

A large and growing body of research implicates the ventromedial and dorsolateral sectors of the prefrontal cortex as key neural substrates underlying depression (Koenigs & Grafman, 2009).

The use of MRI technology to compare levels of brain activity in depressive individuals pre- and post-CBT identified increased activity within the dorsolateral prefrontal cortex, and decreased activity in the limbic system, particularly the amygdala (Höﬂich et al., 2012).

How Can We Go About Maximizing the Benefits?

Client-focused research has endeavored to improve psychotherapy outcomes, maximize the benefits and share this information to clinicians so as to better guide ongoing treatment.

Methods and clinical support tools have been developed to monitor progress and enhance the outcome for those receiving treatment, effectively bridging the gap between research and clinical practice (Lambert, 2001). So, how can we go about maximizing the benefits of psychotherapy?

Client feedback serves as a method of monitoring progress during the therapeutic practice. Incorporating feedback may help to enhance practitioners’ decision‐making and allow for the adaptation of treatment plans. Feedback of this nature is especially useful in helping to identify potential deficiencies in ongoing treatment (Lambert, 2001).

The therapeutic alliance is more than the relationship between therapist and client. The quality of the client-therapist alliance is a reliable predictor of positive clinical outcome independent of psychotherapeutic approaches and outcome measures (Ardito & Rabellino, 2011).

Optimal therapeutic alliance is achieved when the client and clinician have a relationship of confidence and high regard. A client must believe in the abilities of the practitioner and the practitioner must be confident in the commitment of clients to achieving agreed objectives.

Bordin (1979) suggested that the alliance influences outcomes, not because it is healing in its own right, but as an element that enables the client to accept and believe in the treatment.

Goal setting within psychotherapy will vary from client to client. At the onset of treatment, it is essential for the client to have a good understanding of what they are working towards and what to expect throughout the process (Fenn & Byrne, 2013).

A goal for a client with obsessive-compulsive disorder may be to reduce the time spent washing their hands from 5 hours per day to 1 hour per day by the end of three weeks of therapy. The practitioner can then help the client to prioritize these goals by breaking down a problem and creating a hierarchy of smaller goals (Fenn & Byrne, 2013).

Latham & Locke (1991) suggested that successful goal setting should adhere to key principles; these can also be applied to a therapeutic setting.

Not all psychotherapeutic treatments are comparable in terms of proficiency and performance. However, when appropriate diagnoses are made and empirically supported treatments are undertaken, psychotherapy can be enormously beneficial in the treatment of a diverse range of psychological and physiological health issues.

While it’s no simple fix, psychotherapy can often bring clarity and peace of mind to those distressed by difficult events in their lives.

Exploring negative thoughts and emotions through psychotherapy and understanding the potential impacts they have on psychological health, can help reframe thoughts and behavior in order to improve mental health conditions.

For further reading, please see: What is Interpersonal Psychotherapy (IPT): A Case History.

References
About the author
Elaine Houston, B.Sc.(Honours), is an independent business owner and Behavioral Science graduate with an honors degree from the University of Abertay, Scotland. After graduating, Elaine developed her passion for psychology through a range of avenues, focusing on consumer and small business psychology before going on to work within her local community as a learning and development officer. When she isn’t working, Elaine enjoys exploring creative outlets such as painting, drawing, and photography. 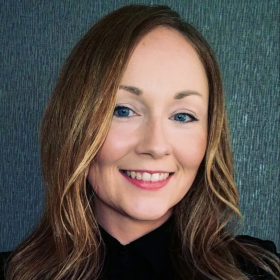 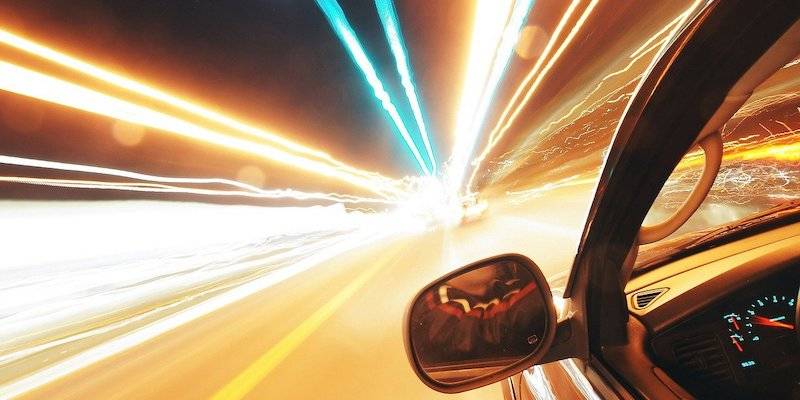 Post-traumatic stress disorder (PTSD) can be devastating, and millions of people across the globe experience it. The National Center for PTSD estimates that about 7–8% [...]