What Is Zen Therapy? The Influence of Buddhism in Psychology During therapy, have you ever felt like one issue has been resolved, only to find another… and then another?

We may seek the support of a therapist to better cope with work stress, only to discover that our expectations of our work performance are unrealistic. When prompted to find out why we have such improbable expectations, therapy guides us toward messages received in childhood.

And on it goes, seemingly to no end.

But what if there were a practice that could help get to the bottom of suffering in all its forms? Better yet, what if this practice could point toward an internal and everlasting source of contentment from which we could draw, no matter our life situation or past experiences?

In this article, we’ll explore the emerging applications of Zen Buddhism as psychotherapy, highlighting its core messages and benefits for not only alleviating psychological suffering, but also steering us toward a life of fulfillment and positive transformation.

What Is Zen Therapy?

According to the American Psychological Association (n.d.), Zen Therapy is

“psychotherapy that is informed by and incorporates the philosophy and practices of Zen Buddhism and that, like existentialism, is concerned with the unique meaning of the client’s life within the universal context, rather than with simple adjustment to or removal of symptoms.”

A symbolic representation of the philosophy behind Zen Therapy can be seen in the popularized image of the Buddha Śākyamuni.

The image of the Buddha sitting in meditation signals tranquility, poise, and even a small smile. These symbols are likely an appealing alternative to stress, anxiety, and depression that drive many to seek therapy and reflect much of what Zen Therapy offers clients.

Zen Therapy practitioners may argue that conditions like depression and anxiety are mere symptoms of unease with deeper roots. Zen Therapy strives to clear away the conditioned psychological illusions that cause suffering and attachment in their entirety, as well as disconnection from our true selves, others, and the Earth (Farias, Brazier, & Lalljee, 2021).

What Zen Therapy is not

Strictly speaking, Zen Therapy is not a treatment protocol with a closely followed sequence of steps or rules. Rather, it is an approach or philosophy underlying treatment, grounding therapeutic change in Buddhist principles (Farias et al., 2021).

In talking about ‘liberation’ and ‘radical transformation,’ it is also important to distinguish the principles of Zen Therapy from the notions of religious conversion or ascension. The goal of Zen Therapy (and Buddhism) is not to renounce or transcend our human life, such as by securing a particular condition in a promised afterlife.

In fact, from a Buddhist perspective, such a view would signal an unease with our human limitations and vulnerability – an experience contrary to the ease we see in the smiling face of the Buddha Śākyamuni (Van der Braak, 2020).

In Zen, ordinary life and mind are embraced, and there is no boundary or horizon over which a more positive way of being can be found. Rather, lasting happiness is thought to become available in the life we are currently living (Van der Braak, 2020).

Additionally, while the principles of Zen Therapy have been drawn from the religious doctrines of Buddhism, the practice itself has been secularized. You can enjoy the therapeutic benefits of Zen without adopting the Buddhist belief system. They were discovered by the Buddha after many years of meditation and spiritual practice and naturally feed into its applications for therapy.

The three universal truths reflect a helpful starting point in any Zen Therapy endeavor as they succinctly dispel many of the myths we hold about what is required to ease psychological suffering.

For instance, they highlight that gaining material possession, losing weight, or finding a romantic partner will not lead to lasting happiness, as each of these things is impermanent.

Possessions will wear down, weight is always in flux, and the people we love will eventually pass away. Given that even our sense of self is dynamic, it suggests we must ground our happiness in something more lasting and stable (Mikulas, 1978).

Following from the three universal truths, the four noble truths can begin to guide a person toward the end of suffering.

According to the Buddha, the essential conditions of life appear to be fraught with suffering, such as in the form of disease and grief, but also seemingly positive things, such as hope and infatuation.

These conditions all point to attachment as a central cause of suffering. Attachment in Buddhist tradition can be thought of as craving or clinging, as well as its reverse in the form of aversion (e.g., avoidance or hatred; Aich, 2013).

For instance, our suffering in grief reflects our struggle to adjust to a severed attachment with a loved one. Likewise, we suffer when we are emotionally attached to a future outcome that may not arrive, such as when we hope for something too strongly.

The Buddha discovered that when we cease attachment, we also cease to suffer. This does not mean we cloister ourselves off from others and natural human experiences. Rather, we learn to draw contentment from an ever-available internal source rather than our external life situation.

Read more on the in-depth treatment of the four noble truths in relation to psychotherapeutic practice in this paper (Mikulas, 1978).

The eightfold path to liberation

Also known as the middle way, the eightfold path to liberation was put forward by the Buddha as outlining the characteristics of a person who has found a balance between denial and indulgence of physical and psychological human desires.

Falling under three overarching categories of ethical training, the eight paths to liberation are as follows (Lopez, 1998):

In Buddhism, the eightfold path is considered less a series of prescriptive instructions on how to live, and more the qualities that naturally arise in the mind of someone who has achieved the cessation of suffering.

Therefore, increased clarity, ethical behavior, and concentration on the positive aspects of life may be markers of progress for somebody undergoing Zen Therapy.

Among the world’s religions, Buddhism is arguably the one most concerned with the psychology of the human mind, and many of its beliefs have been secularized to support Western therapeutic practices.

To understand the psychological benefits of Zen Therapy, it can be helpful to view its core tenets and effects side by side with the widely practiced therapeutic modes of Cognitive-Behavioral Therapy (CBT) and Psychodynamic Therapy (Beck, 2020; Ekman, Davidson, Ricard, & Wallace, 2005; Farias et al., 2021; Summers & Barber, 2010): While systematic research on the effectiveness of Zen Therapy is still emerging, evidence from the broader literature on psychology and meditation highlight ways that the principles underlying Buddhism and Zen can support clients.

How to Perform Zen Psychotherapy

As noted, Zen Therapy is not a traditional therapeutic protocol with its own sequence of steps or guidelines. Rather, it is an overarching approach or philosophy that can underlie any therapeutic approach.

In your shift toward employing a more ‘Zen’ approach to the care you provide, consider the following suggestions from psychotherapist and Zen expert Julie Webb (2016):

An interesting exception where the principles of Zen are explicitly woven into a therapeutic modality is Dialectical Behavior Therapy (DBT). This style of CBT centers around the synthesis or integration of opposites as a means to help clients live more mindfully, regulate their emotions, and better cope with stress (Salsman & Linehan, 2006).

This style of practice emerged upon growing recognition that standard psychology protocols tended to invalidate the extreme levels of distress felt by people with borderline personality disorder. Therefore, DBT explicitly draws on the principles of Zen and other Eastern traditions to help clients find the ‘middle way’ in relation to their own emotions, while also teaching radical acceptance.

Here are some of our favorite therapy books exploring the practice of Zen Therapy and its principles. Applications of Zen as a form of therapy reflect the merging of Eastern and Western perspectives on the path to alleviating suffering.

This readable, practical book presents the tenets of prominent Western psychologies side by side with Zen, highlighting the effectiveness of Buddhist theory and tradition for overcoming many of the limitations of Western psychology via a new Zen Therapy paradigm.

2. The Original Buddhist Psychology: What the Abhidharma Tells Us About How We Think, Feel, and Experience Life – Beth Jacobs The Abhidharma are classic texts reflecting ancient Buddhist scholars’ attempts to map and categorize the various facets of the human psychological experience.

In her book, Jacobs explores some of the most insightful takeaways from these notoriously complex writings, illuminating key aspects of Buddhist thought on the human psyche and making these profound insights accessible to a modern audience.

3. Genuine Happiness: Meditation as the Path to Fulfillment – Alan Wallace Meditation remains one of Buddhism’s primary pathways to realizing enlightenment and alleviating suffering.

With a foreword from the Dalai Lama himself, this book is a powerful self-help resource that guides readers along a practical path to discovering lasting contentment through five simple yet powerful meditations. Clear insight, focused attention, and fundamental shifts in consciousness are core features of both Buddhism and psychotherapy.

This book highlights the fascinating and complementary overlaps between the practices of psychotherapy and Zen, serving as a useful aid for individuals or practitioners working with themes like trauma, attachment, and emotions.

Looking for more resources to support your Zen Therapy? Check out the following free mindfulness meditations and exercises:

Buddhism offers many insights about the human condition relative to everyday living. This growing recognition of positive psychotherapy and spirituality’s complementarity represents a promising direction for practitioners and their clients.

Importantly, each of us can take the time to verify the Buddha’s truths for ourselves with simple meditation tools and exercises, irrespective of our belief system.

If you’re a therapist looking to bring some Zen to your practice, we hope you’ve found this article and its resources helpful. Likewise, if you’re someone looking for the keys to greater happiness or Zen but have been unsure where to begin, we hope this article has offered some entry points to this fascinating field.

Finally, if you’ve been unsure about whether to begin a regular meditation practice and are still on the fence, perhaps consider this quote attributed the Buddha himself:

“Drop by drop is the water pot filled. Likewise, the wise man, gathering it little by little, fills himself with good.”

References
About the author
Nicole is a behavioral scientist and writer based in Perth, Western Australia. Her research interests lie at the intersection between wellbeing, personal energy, and positive psychology, and her work appears in several top business journals, including the Journal of Organizational Behavior. 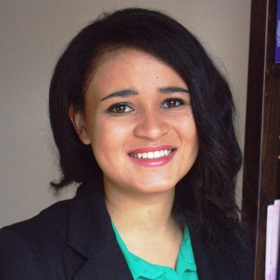 What if the idea that we each have a single personality is entirely wrong? Instead of the one-mind view, maybe you, I, and everyone else [...]