What are Positive and Negative Emotions and Do We Need Both? You might think that positive psychology is all about positive emotions.

You’d be forgiven for thinking that, given positive psychology’s inherent positive bent!

But the field isn’t all about positive emotions. Negative emotions are an inevitable part of life and something that we need to experience in order to have a full, rich life.

Why do we need negative emotions to complement the positive ones?

Before you read on, we thought you might like to download our 3 Emotional Intelligence Exercises for free. These science-based exercises will not only enhance your ability to understand and regulate your emotions but will also give you the tools to foster the emotional intelligence of your clients, students or employees.

A Look at the Psychology

People have been studying emotions for thousands of years. Given the heavy focus on feelings, it’s not surprising that we know quite a bit about them; what is surprising is the lack of understanding around the necessity of both emotions for healthy functioning.

What Are Positive Emotions?

Positive emotions are emotions that we typically find pleasurable to experience. The Oxford Handbook of Positive Psychology defines them as “pleasant or desirable situational responses… distinct from pleasurable sensation and undifferentiated positive affect” (Cohn & Fredrickson, 2009).

Basically, this definition is stating that positive emotions are pleasant responses to our environment (or our own internal dialogue) that are more complex and targeted than simple sensations.

What Are Negative Emotions?

On the other hand, negative emotions are those that we typically do not find pleasurable to experience. Negative emotions can be defined as “as an unpleasant or unhappy emotion which is evoked in individuals to express a negative effect towards an event or person” (Pam, 2013).

If an emotion discourages and drags you down, then it’s most likely a negative emotion.

Some common positive emotions include:

A few of the most commonly felt negative emotions are:

Do We Need Both?

Now, refer to the list of sample positive emotions. Have you ever felt one of these emotions and thought to yourself, “I wish I wasn’t experiencing this emotion?” Although you may have experienced this once or twice—generally at a time when we think we shouldn’t feel positive emotions—it’s easy to see that this list is full of pleasurable emotions that people tend to seek out.

We know that we need positive emotions to function effectively, grow, and thrive.

As it turns out, yes!

Although they are not pleasant to experience, negative emotions really are necessary for a healthy life. This is true for two big reasons:

As Tracy Kennedy from Lifehack.org points out, there is a good reason for each of the basic emotions, both positive and negative:

Without fear, would you be here today? Or would you have engaged in some risky practices, putting yourself in unnecessary danger? Without disgust, would you have been able to refrain from putting any of the many, many harmful substances that you had access to as a toddler?

As unpleasant as they may be, it can’t be denied that negative emotions serve important purposes in our lives.

Is it True that an Individual Will Only Feel Stress in Negative Situations?

Although you may think of stress as a solidly negative emotion or response to a situation, it’s actually quite common for people to experience stress in neutral and positive situations as well.

In fact, many experiences commonly thought of as positive can contribute huge amounts of stress to our lives.

Here are just a few examples of positive experiences that can bring us stress:

It’s perfectly natural to feel stress in all of these situations, even though you would probably classify them as happy and positive. It’s yet another example of the interplay between positive and negative that gives our lives balance.

Positive vs. Negative Emotions: A Look at the Differences

As we now know, positive and negative emotions are both vital for a healthy, well-rounded life. Let’s take a look at how emotions in both categories impact us.

How Do They Affect the Brain?

Positive and negative emotions both have important roles to play when it comes to the brain, but they are generally separate roles.

For example, positive emotions have been shown to impact the brain in the following ways:

Meanwhile, negative emotions are known to affect the brain in the following ways:

Both have impactful roles to play in our brain, and these roles are complementary rather than competitive.

The Role of Both in Positive Psychology

How Can We Best Track Our Emotions?

Now we know about the importance of accepting and managing our emotions—both positive and negative—the next question is how we actually do this.

The first step to effectively managing our emotions is to identify, understand, and find the patterns in our emotional experiences.

If you need help identifying positive vs. negative emotions or tracking your own emotions, there are several charts that can help.

Check out the examples below, or make your own if you’re feeling creative. A Brief Look at Neutral Emotions

While positive and negative emotions have received substantial attention from researchers and psychology practitioners, there’s another category of emotions that have been all but ignored in many circles: neutral emotions.

You won’t hear much about these middle ground feelings from psychologists, but they are a much-discussed topic in some Buddhism circles. These emotions are referred to as adukkhamasukha, which can translate to “not painful not pleasant” (Anālayo, 2017). They refer to “a range in the middle part of the spectrum of felt experience… between pain and pleasure… relatively bland and neither distinctly painful nor clearly pleasant” (Anālayo, 2017).

Since neutral feelings are such a mundane topic for most of us, we rarely give them much thought; however, they may be the emotional category where we spend most of our time! Think about your day: how much of it was spent in joy and contentment? How much in anger and sadness? The answer to those questions is likely to be far less time than you had in the day. The emotions you felt the rest of the time were likely neutral.

Although neutral feelings do not have a valence—positive or negative—some say that neutral feelings can be counted as positive feelings, since they are characterized by the absence of pain and suffering.

Whatever you believe about negative emotions, keep them in mind as an important, if oft-forgotten, piece of your emotional experience. Here is more reading about the Buddhist perspective on neutral emotions.

4 PowerPoints on Positive and Negative Emotions

For more information on positive and negative emotions, give these positive psychology PowerPoint presentations a look. (Some are auto-downloads):

As always, I hope you leave this piece with a little more knowledge than when you began reading. Identifying, accepting, and managing our emotions—both positive and negative—is such an important task for living a healthy and happy life.

Use what you have learned here to enhance your understanding of your own feelings and the feelings of others, and commit to greater awareness and management of your own emotional state. You won’t regret it!

What are your thoughts on the subject? Do you think negative emotions are necessary, or do you think we could do away with them without any adverse effects? What sort of balance do you aim for? Let us know in the comments section below.

We hope you enjoyed reading this article. Don’t forget to download our 3 Emotional Intelligence Exercises for free.

References
About the author
Courtney Ackerman, MA, is a graduate of the positive organizational psychology and evaluation program at Claremont Graduate University. She is a researcher and evaluator of mental health programs for the State of California and her professional interests include survey research, wellbeing in the workplace, and compassion. 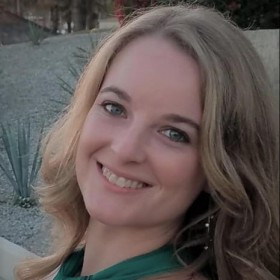