In this article, we will have a look at the Five Facet Mindfulness Questionnaire, which is an objective test on mindfulness and its impact on the vital aspects of life.

It is a brief but in-depth study on the analysis with some great online resources and evidence-supported explanations of how the test works in real life.

Before you read on, we thought you might like to download our 3 Mindfulness Exercises for free. These science-based, comprehensive exercises will not only help you cultivate a sense of inner peace throughout your daily life but will also give you the tools to enhance the mindfulness of your clients, students, or employees.

Mindfulness is the connecting bridge between our mind and the present moment.

It is the art of staying aware of what is happening right now, what we are thinking about this very moment, and how we are feeling at present.

Jon Kabat Zinn, the proponent and one of the most eminent figures in the field of applied mindfulness, defined it as a process of being involved and accepting the internal and external moment-to-moment experience in a decentered manner (Kabat-Zinn, 1994).

Mindfulness is secular in every aspect, which is why different branches of mental health interventions have embraced mindful practices for enhancing wellbeing (Ludwig & Kabat-Zinn, 2008). As practical measures of mindfulness, there are two most popular techniques that many psychologists and health professionals use today:

All formal and informal mindfulness-based practices aim to:

Studies have found that mindfulness is effective and offers a permanent solution to adverse mental health conditions such as depression, PTSD, postpartum diseases, and substance abuse.

Besides recovery, it also reduces the chances of relapse, which is another reason behind the immense popularity of mindfulness-based practices (Chiesa & Serretti, 2009; Hofmann, Sawyer, Witt, & Oh, 2010; Piet & Hougaard, 2011; Strauss, Cavanagh, Oliver, & Pettman, 2014).

What is the Five Facet Mindfulness Questionnaire?

The Five Facet Mindfulness Questionnaire (FFMQ) is a self-help and self-scorable measurement on the five aspects (or facets) of mindfulness namely:

The test consists of 39 items that measure the five facets, and the scores provide an estimate of where we stand in terms of mindfulness and self-awareness.

Besides assessing how we are, the Five Facet Mindfulness Questionnaire also provides an accurate judgment of the impact of any previous mindful practices that we have practiced before. The development of this questionnaire was crucially important as it was one of the earliest measures that explored the efficacy of mindfulness in overcoming real-life problems (Baer, Smith, & Allen, 2004).

The original long-form version of the Five Facet Mindfulness Questionnaire contains 39 statements that relate to our thoughts, experiences, and actions in daily life. Ruth Baer, a professor and mindfulness researcher, based at the Kentucky University, developed this scale along with her team, to measure the factors that help us stay mindful in daily life.

Each of the five facets of the FFMQ provides a closer look at our inner faculties. The overall scores of all five subscales of the FFMQ give a reliable measure of self-awareness and suggest how effective mindfulness practices have proved to us.

What Versions Are There? Short and Long Form? The Five Facet Mindfulness Scale that Baer developed was incorporated in different languages and forms.

The original assessment consisted of 39 self-scorable statements, each investigating one of the five main aspects (observing, describing, acting with awareness, nonreactivity, and non-judgment).

Some shorter versions of the tests in other languages also became popular. They used a system known as the Rasch analysis to measure the outcome of the results and predict their implications. The smaller subscales of the test consisted around 18-24 items that were selected after eliminating statements that researchers felt were inappropriate for the particular population (Baer, Carmody, & Hunsinger, 2012).

Subscales of this test include:

The short and long forms of the FFMQ test are useful for comparing different mindful interventions and predicting which technique is ideal for a particular mental health condition. The scales are recommended for comparing pre and post interventions and estimating the level of mindfulness of subjects at present (Medvedev, Titkova, Siegert, Hwang, & Krägeloh, 2018; Tran, Glück, & Nader, 2013).

The Five Facet Mindfulness Scale consists of positive and negative worded statements that hold for practitioners and beginners. Baer and other professionals working on the test admit that both the short and long versions of the test are helpful for clinical and non-clinical population across cultures.

The shorter subscales have an advantage of quicker administration and can be applied to a large sample population. However, the extended version provides a detailed explanation of the scores and is a more reliable predictor of wellbeing.

What Does the FFMQ Measure?

As mentioned earlier, the FFMQ is a mindfulness-based intervention that tests whether mindfulness is related to a decrease in clinical symptoms of depression, anxiety, and stress.

The scale also measures the effectiveness of other mindfulness strategies such as MBCT and MBSR and establish their role in individual wellbeing (Baer, Smith, Hopkins, Krietemeyer, & Toney, 2006).

Recent studies are also investigating the psychometric characteristics of the short and long versions (FFMQ- SF, and FFMQ-LF) to support the association between the test and other MBIs (Mindfulness-Based Interventions; Baer et al., 2006; Neff, 2003).

The 39 items of the original questionnaire measure five vital elements of mindfulness. Responses in the scale are made on a 5-point Likert Scale, and the summation of the direct and reverse-scored items give the total score.

The five facets, or five key aspects of mindfulness that the test measures acts as the mediator of therapeutic change and mindful interventions (Carmody & Baer, 2008).

Below is a brief description of the five factors that this test measures:

Observation entails in the ways we use our sensory awareness. It involves how we see, feel, and perceive the internal and external world around us and select the stimuli that require our attention and focus.

The statements evaluating descriptive qualities study the way we label our experiences and express them in words to ourselves and others.

Mindfulness is closely related to self-awareness and calculated actions. This facet of the test studies the movements we choose after attending to the information present at the moment. It delves deep into whether we can act out of quick judgment and get out of the autopilot mode before responding to a situation.

Non-judgmental experience is tied in with not letting the inner critic take a toll on our happiness and positive state of mind. It calls for self-acceptance and unconditional empathy for oneself and others.

This aspect refers to active detachment from negative thoughts and emotions so that we can accept their existence and choose not to react to them. Non-reactivity makes way for emotional resilience and restores mental balance (McManus, Surawy, Muse, Vazquez-Montes, & Williams, 2012). The Five Facet Mindfulness Questionnaire is self-scorable and easily accessible.

There are two patterns of scoring involved in the Five Facet Mindfulness Test:

The items marked R are reverse scored. Summation of all the direct and reverse items adds up to the total value of the scale. They are negatively worded statements (for example – I don’t care what I am doing because I am distracted in day-dreaming, overthinking, or otherwise).

Here is a breakdown of all the statements of the long-form FFMQ questionnaire and what aspect they measure:

Gu and colleagues (2016) created a shorter version of the test, the FFMQ-SF that had 15 items from the original Five Facet Questionnaire. Although there were arguments about the validity of the abridged form, researchers believed that the 15 statements included in it serve the test’s purpose as accurately as the original version.

The items and the scoring of the shorter adaptation are shown below:

A Look at the Validity

Evaluation of the psychological implications of the scale revealed that FFMQ has strong validity. Repeated administration of the test pointed at high test-retest reliability and internal consistency of the assessment; both for the long-form and shorter versions of it.

Furthermore, research on regular meditators and non-meditators who took the test indicated that regular practitioners had higher scores than non-meditators, proving the direct positive correlation between meditation and mindfulness (Bohlmeijer et al., 2011).

Construct validity, which is ideally one of the biggest concerns of psychometrists for proving the usefulness of a scale, is relatively high and stable for this test across cultures and different age groups (Crocker & Algina, 1986). Construct validation of the analysis offered substantial value to its definition and application. It standardized the results and asserted their efficacy for predicting mindful self-awareness (Levinson, Stoll, Kindy, Merry, & Davidson, 2014).

Dr. Ruth Baer conducted a factor analysis of the five facets of FFMQ in 2006. Her studies revealed that the hierarchical structure of the factors justify the traits that each element claims to measure (Baer et al., 2006; Baer et al., 2008).

Overall, the Five Facet Mindfulness Questionnaire is an established and valid psychometric self-assessment for mindfulness. The five subscales of the test provide a meaningful estimate of how aware the respondent is at the moment. Besides, they also assess the impact of the mindful interventions he has undertaken earlier (Campbell & Fiske, 1959).

Where Can I Find it Online? Mindfulness-Based self-help questionnaires such as the FFMQ are multifaceted and all-encompassing.

They are designed in a way that can help individuals irrespective of whether they are undergoing a stressful phase or not. Below is a snippet of what the test looks like. You can also find a detailed description of this test from our Toolkit or take it online.

Based on your general opinion about yourself, rate the following statements as is right for you:

Mindfulness interventions or tests do not offer immediate relief, and neither do they guarantee a quick solution to distress. What they provide us is the reassurance that we are doing great and can keep any unwanted thoughts from de-persuading us.

The five aspects of awareness that the FFMQ investigates help in:

The key to mindful living lies in observing everything and attending only to the positivity around. To quote Carl Gustav Jung:

It all depends on how we look at things, and not how they are in themselves.

We hope you enjoyed reading this article. Don’t forget to download our 3 Mindfulness Exercises for free.

References
About the author
Madhuleena Roy Chowdhury holds a postgrad in clinical psychology and is a certified psychiatric counselor. She specialized in optimizing mental health and is an experienced teacher and school counselor. She loves to help others through her work as a researcher, writer, and blogger and reach as many as possible. 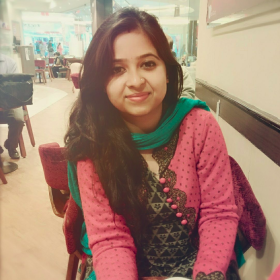