The Upside of Defensive Pessimism: The Potential Benefit of Anxiety Defensive pessimism is a strategy used by people who are anxious about an upcoming event.

While pessimism is often seen as a negative trait, defensive pessimism can be a useful way for someone to harness their anxiety into positive results.

This article will walk through what defensive pessimism is, how it relates to positive psychology and other psychological concepts, and why it can be useful for some people but harmful for others.

What is Defensive Pessimism? A Definition and an Example

Defensive pessimism was first defined as when

“people set unrealistically low expectations prior to entering a situation in order to prepare themselves for potential failure and to motivate themselves to work hard in order to avoid that failure” (Norem & Cantor, 1986).

It has more recently been defined as

In other words, the idea of defensive pessimism is making oneself think that a future event will go poorly, so that one takes the necessary steps to make sure it does not go poorly.

For example, consider someone who has recently become unemployed preparing for a job interview. Imagine that in the past, they have always had great experiences interviewing for jobs, and have never had a job interview go poorly. Despite this, they convince themselves that their job interview is going to go terribly and they will never work again.

The anxiety of this happening helps them prepare for the job interview so that it does not go poorly. Since they prepared so well because they were anxious about it, the interview goes extremely well and they get the job right away. This is defensive pessimism in action.

What are the Benefits and Drawbacks of Defensive Pessimism?

In other words, some people benefit from (defensive) pessimism, while others benefit from (strategic) optimism, with no single method being better for everybody.

This means that for people with high levels of anxiety, defensive pessimism can be a crucially helpful technique.

The propensity for pessimism has been found to lead to increased anxiety and decreased perceived goal importance (Gasper et al., 2009). The propensity for reflection, however, has been found to lead to increased perceived goal importance, increased levels of effort, increased levels of hope, and increased personal goal initiative (which can roughly be described as the desire to change and develop as a person) (Gasper et al., 2009; Lei & Duan, 2016).

What Does Defensive Pessimism have to do with Positive Psychology? The researcher who first articulated defensive pessimism considers it important because, based on a lot of psychology research (including some positive psychology research) into wellbeing, it is “extremely tempting to conclude that optimism is always to be desired over pessimism” (Norem & Chang, 2002).

Since some people benefit more from defensive pessimism than they do strategic optimism, it is necessary to continue researching negativity in the context of positive psychology, so the field can continue to expand its scope.

If you consider yourself to be an anxious person and you do not harness either defensive pessimism or strategic optimism, try both strategies and see what works best for you. As is often the case in life, there is no universal solution for everyone, so what is most important is how something affects you and your life.

Educating people about ways they can increase their own levels of well-being is one of the wonderful aspects of positive psychology, whether or not every single strategy works for every single person.

We hope you enjoyed reading this article. Don’t forget to download our three Goal Achievement Exercises for free. 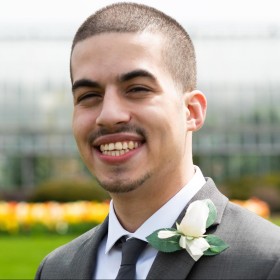 How to Nurture a Growth Mindset in Kids: 8 Best Activities

Success. Abundance. Prosperity. Intelligence. Talent. Skill. These are all potential products of a growth mindset. Why is it important to foster this mindset in children? [...] How to Overcome Perfectionism: 15 Worksheets & Resources

While difficult to define, perfectionism can drive impossibly high standards and have dangerous consequences. Maintaining that flawless veneer can put your mental and physical wellbeing [...] Many of us are aware of the importance of adopting a growth mindset and perhaps even believe we have done so already. But do we [...]