Catastrophizing in Psychology (& How to Decatastrophize) If your imagination has ever run amok, dragging you through a repeat cycle of worst possible scenarios, then you likely understand the concept of ‘catastrophizing.’

This negative mental schema serves to magnify thoughts and situations such that they are blown way out of proportion with reality. This article will discuss what it means to catastrophize, its negative impact on emotional wellbeing, and how to use cognitive restructuring as a way to decatastrophize negative thinking.

Numerous examples are included, along with helpful books and resources from PositivePsychology.com. So, let’s get started on embracing a more positive and realistic mindset that enhances empowerment, self-control, and optimism.

Before you continue, we thought you might like to download our three Positive CBT Exercises for free. These science-based exercises will provide you with detailed insight into Positive CBT and give you the tools to apply it in your therapy or coaching.

Catastrophizing is a big word for making a mountain out of a molehill.

Individuals who catastrophize become anxious as they overestimate the probability of a poor outcome. While we all experience disappointments, a catastrophizer might perceive a setback (e.g., failing a test) as the end of the world.

Catastrophizing is not pleasant, as it involves extensive and irrational worry over what might happen in the future. Sometimes individuals catastrophize as a way of protecting themselves from getting hurt. For example, catastrophizers may consciously or unconsciously believe that by only expecting the absolute worst, they will be less hurt or disappointed if things go wrong.

However, like seeing a glass as half empty, the catastrophizer’s viewpoint is pessimistic and uninspiring. Because this type of negativistic thinking reduces a person’s likelihood of taking reasonable and important risks (e.g., looking for a new job, traveling, committing to a partner, etc.), the ultimate outcome of catastrophizing is to shield oneself from some of life’s most meaningful and joyous experiences. The catastrophizing literature is highly skewed toward health-related topics, as catastrophizers often perceive medical concerns and expectations of pain as far worse than reality.

Other areas where individuals often blow things out of proportion include family, relationships, safety, and vanity – among others.

Its Role in Anxiety and Depression

While the catastrophizing literature is dominated by medical studies, the concept of catastrophizing was originally introduced by Beck, Rush, Shaw, and Embry (1978) as related to depression and anxiety. Beck et al. posited that individuals who are vulnerable to anxiety experience cognitive distortions in which threats of negative outcomes are overestimated and coping skills for dealing with adversity are underestimated.

Research has supported the ideas of Beck et al., as a catastrophizing cognitive schema has been linked to psychological distress independent of the degree of physical impairment (Severeijns, Vlaeyen, Van den Hout, & Weber, 2001). While worrying does serve an adaptive function – that is, to prepare us for danger – catastrophizing operates at another level.

Since catastrophizing involves ruminating about terrible things that have a low probability of happening, such worry is wasted negative energy that erodes emotional wellbeing.

Not surprisingly, because it basically involves overblown and unrealistic anxiety about future threats, catastrophizing is related to anxiety disorders. For example, inherent in a diagnosis of generalized anxiety disorder is the tendency to ruminate over ‘what if’ questions, which is a counterproductive endeavor (Hazlett-Stevens & Craske, 2003).

Catastrophizing among children and teens

Catastrophizing, which may be learned at an early age, has negative implications for both adults and young people. For example, research has indicated that catastrophizing about the consequences of sleeplessness is associated with increased sleep disturbances among children (Gregory, Noone, Eley, & Harvey, 2010).

Sleep-related catastrophizing appears to be common among kids, with Gregory et al. (2010) reporting this behavior among one in four of the children in their sample.

Clearly, investigating a link between catastrophizing and depression and anxiety gets a little messy, as research examining depression requires careful control of anxiety and vice versa.

Additionally, relationships between concepts such as stress and anxiety or depression are often mediated by catastrophic thinking. While more research is sorely needed in catastrophizing and mental health outcomes, extant research suggests that catastrophic thinking enhances depressive and anxious symptomatology among adults, teens, and children.

You largely constructed your depression. It wasn’t given to you. Therefore, you can deconstruct it. Catastrophizing is not a healthy mindset.

Fortunately, such nonadaptive cognitive schemas may be broken down and modified in a way that is more conducive to positive outcomes (i.e., cognitive restructuring).

Following this approach, a therapist will work with a client to examine dysfunctional appraisals of situations (e.g., “I’m a loser because I didn’t get an ‘A’ on my test.”) and replace them with more functional ones (e.g., “Not getting an ‘A’ on my test is not the end of the world and doesn’t define who I am as a person.”). This process often involves role-playing to simulate situations such that potential threats are viewed as realistic and manageable.

Although it’s an important therapeutic tool, anyone may use cognitive restructuring as a way of breaking down catastrophic thinking and building positive appraisals to use instead – decatastrophizing. In doing so, an individual can see the sunny side of life and respond to challenges from a place of power rather than vulnerability.

The table illustrates that decatastrophizing is a simple way to change negative appraisals of common events into ones that are healthier and more encouraging.

There are various resources available for those who wish to reduce catastrophic thinking. For example, the following books contain helpful, science-based strategies intended to help adults and teens to free themselves from the negative grasp of anxious thinking. It also contains over 50 tools designed to eliminate the negative thinking that feeds depression.

3. Don’t Feed the Monkey Mind: How to Stop the Cycle of Anxiety, Fear & Worry – Jennifer Shannon Readers learn how to stop feeding the anxious “monkey mind” by applying techniques grounded in CBT, mindfulness, and Acceptance and Commitment Therapy. Rather than trying to stop unwanted thoughts, readers learn that they are not alone and that there are effective ways of moving past intrusive and anxiety-provoking cognitions. This unique, science-based book describes the ‘Dare’ technique as a way of eliminating panic attacks, general anxiety, and intrusive thoughts.

6. Anxiety: Panicking About Panic: A Powerful, Self-help Guide for Those Suffering from an Anxiety or Panic Disorder – Joshua Fletcher 7. Conquer Negative Thinking for Teens: A Workbook to Break the Nine Thought Habits That Are Holding You Back – Mary Karapetian Alvord and Anne McGrath This workbook is designed to help adolescents learn how to recognize and reframe negative thought processes that promote anxiety, depression, and stress.

Teens are instructed on applying cognitive restructuring to target and modify nine particular negative thinking habits, such as the catastrophizing habit, the all-or-nothing habit, and the blaming habit. It is designed for use by therapists and contains rationales, examples, and guidelines for implementing various CBT strategies (e.g., relaxation, exposure, self-monitoring, etc.).

PositivePsychology.com represents a great source of information and help for catastrophizers.

This exercise is designed to help readers develop the ability to let go of problematic thoughts by practicing cognitive diffusion. The tool contains a mindfulness ‘Leaves on a Stream’ script, which takes readers through a meditation practice in which they use the imagery of leaves gently flowing down a stream. The goal is to allow difficult or negative thoughts to float on by without reacting to them.

After the exercise, readers are instructed to debrief on the experience by exploring further questions. The exercise’s underlying purpose is to allow individuals with negative thoughts, such as catastrophizing, to learn how to detach from such thoughts and no longer view them as absolute truths.

Another great free resource is the Decatastrophizing in Steps worksheet, which takes the reader through five progressive steps, to help them deconstruct a catastrophe.

The Challenging Catastrophic Thinking worksheet makes use of CBT to guide the reader in capturing the thought processes involved with catastrophic thinking.

And f you’re looking for even more science-based ways to help others through CBT, this collection contains 17 validated positive CBT tools for practitioners. Use them to help others overcome unhelpful thoughts and feelings and develop more positive behaviors.

We all look toward the dark side from time to time. But when this rearview-mirror perspective becomes a persistent and even automatic way of thinking, it presents a real problem.

There are numerous examples of catastrophic thinking in everyday life, such as excessive worry over health issues or occupational failure. Catastrophizing functions as a cognitive distortion that feeds anxiety and depression by overestimating negative outcomes and underestimating coping skills. Consequently, catastrophizers feel anxious and helpless over their perceived inability to manage potential threats.

Luckily, just as events may build up to the extent that they feel catastrophic, so too may they be broken down and reconstructed such that they are no longer viewed as disastrous.

This article has supplied a great deal of valuable information and resources intended to guide readers in stopping catastrophic thinking and instead experience the peace of mind that comes from viewing life through a more realistic and hopeful lens.

We hope you enjoyed reading this article. For more information, don’t forget to download our Positive CBT Exercises for free. 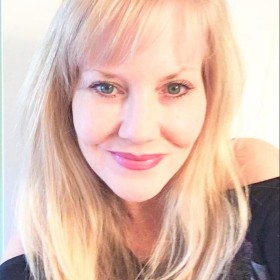 How to Design Homework in CBT That Will Engage Your Clients

Homework assignments have been a central feature of the Cognitive-Behavioral Therapy (CBT) process since the 1970s (Kazantzis, 2005). Take-home assignments provide the opportunity to transfer [...] The Birth of Online Behavioral Interventions

Behavioral interventions encourage new and increase existing positive behaviors while reducing or ending unhelpful ones (Cutler, 2004). They are used to manage and treat a [...] What Is a Thought Diary in CBT? 5 Templates and Examples

Cognitive Behavioral Therapy (CBT) is based on the central tenet that our thoughts, attitudes, and beliefs determine how we feel and behave (Edelman, 2018). And [...]