Top 11 Benefits of Self-Awareness According to Science So many humans are walking around this planet unaware of the impact they have on the people around them.

Within each of us is a tremendous capacity to affect change. Yet, too many of us simply react to the creations of others.

Being self-aware and practicing daily reflection and introspection allows each of us the opportunity to find what we really want out of this precious life.

We are all susceptible to outside influence and personal bias. Without self-awareness, we are even more susceptible.

When one can accomplish self-mastery through a deep understanding of the internal self and the public self through the attainment of true self-awareness, real freedom can be achieved.

Before you read on, we thought you might like to download our 3 Self-Compassion Exercises for free. These detailed, science-based exercises will not only help you increase the compassion and kindness you show yourself but will also give you the tools to help your clients, students, or employees show more compassion to themselves.

Is Self-Awareness the Same as Self-Reflection & Introspection?

Being aware of traits, behaviors, character, motives, and feelings or aspects of the self, lead to the psychological state of self-awareness. It was theorized to develop in children as young as 18 months old (Lewis & Brooks-Gunn, 1979). Self-awareness is a state in which the concept of the self reacts to social and environmental cues. In adults, self-awareness is the capacity for deeper self-reflection.

Self-reflection is one’s ability to willingly learn more about their fundamental purpose and to willingly exercise introspection. To “know thyself” is not a new concept. Its importance was already realized 3,000 years ago when inscribed on the Temple of Apollo.

He sought to discover the underlying foundations of sensations and feelings. Introspection transformed from this origin to a more personal focused technique to analyze one’s inner thoughts and state of being.

It is speculated that there are two different types of self-reflection. One is a problem or solution-focused approach where people constructively reflect on how best to reach their goals. The other is a self-focused approach where individuals attempt to understand, contain or dissipate their negative emotional, cognitive and behavioral reactions (Grant, Franklin, & Langford, 2002).

While most people will likely use both forms of self-reflection, typically individuals will show a personal preference for one over the other. It is theorized that individuals practicing self-focused as opposed to problem-focused self-reflection will not have as much success in goal attainment.

Solution-focused self-reflection and the role of the self in the attainment of goals is helpful in eliminating rumination and moving an individual toward future-focused behavior.

Introspection is the examination of one’s own conscious thoughts and feelings. It is closely related to human self-reflection. It can take place as the contemplation of one’s mental state and more deeply in a spiritual context.

Self-awareness is the achievement of practicing self-reflection and the exercise of introspection.

The 6 Benefits of Self-Awareness and Self-Reflection

When self-awareness and self-reflection are utilized in a constructive manner, they can greatly impact psychological affect. Improvements in various aspects of life can be achieved through improved awareness of the self and interaction with the environment. It is a practice that can benefit humans in many different areas.

Perspective-taking is a benefit of self-awareness. For effective social interaction, one must understand that one is separate from others and that others have different needs and thoughts. Increased perspective-taking enables increased empathic responses to the plight of others. This improves relationships and connections with other human beings.

Increased creative achievement is another benefit of self-awareness. Highly creative people often go through a long process in the creation of their projects (Csikszentmilhalyi, 1996). In order for a product to be birthed at its best, a highly creative person deeply reflects on their work in order to make adjustments and improvements.

High self-esteem and pride are additional benefits to increased self-awareness. While seeing oneself as falling short of social standards can present in negative affect, the opposite can be true if one sees themselves as the cause of success.

Children who develop an understanding that success in tasks is internally accomplished will result in higher self-esteem. This seems to be a balancing act between understanding one’s responsibility to work toward successful behavior and understanding the role of circumstance on results.

People tend to attribute positive results of a task to internal factors like effort and ability (Schlenker, 1990), and attribute failure to external factors. Higher levels of self-awareness allow for increased habit change when failure is present and avoiding negative affect. Habits are hard to change, but that change is only accomplished with heightened self-awareness.

A Look at the Research

Early studies revealed that objective self-awareness (Wicklund, 1975) was a state that induced negative affect. The original self-awareness theory was that thinking was dichotomous, meaning thoughts are either focused inward or outward toward others.

People avoided occasions where they were required to be self-aware because it induced heightened self-criticism based on previous experience. What has been found is that gentle self-awareness is tremendously transformational when applied within trusted and safe conditions.

Some research (Froming, 1982) looked at the differences between two delineated forms of self-awareness manipulations. Using a mirror will help an individual to be self-aware of the internal presence of the self. An audience helps an individual to become self-aware of the public representation of the self. The two differ in that there are societal expectations that render the self separate.

The use of the psychological concept of self-awareness and its application in the workplace has been thoroughly researched (Church, 1997). This research showed that the more managerial self-awareness that existed, the higher the congruence in the performance rating assessments from direct reports.

The concept was looked at both as a personality trait and a skill. A manager who is self-aware is a better manager.

An effort to reconstruct the human dilemma has made great strides to reinvent self-awareness as a constructive concept in psychology (Silvia & O’Brien, 2004). Humans viewing themselves merely as objects can have detrimental psychological effects on overall wellbeing. The key to self-awareness is the concept of inclusion of objective and subjective states and the practice of self-compassion (Neff, 2011).

For directed change to take place, the ability to reflect on one’s thoughts, feelings, and behaviors is paramount. A scale to measure self-reflection was created (Grant et al., 2002) to better understand the various ranges of metacognition in order to aid people in goal achievement. This research found validation in the skill of effective self-reflection, self-regulation, and intentionality in goal achievement.

Some very interesting research is being done in the area of cognitive science and with regard to the role of contextually embedded habits (Tewes, 2018). A deeper understanding of the need for a multi-faceted understanding of habit formation is explored.

A better understanding of the underpinnings of conscious intentionality on habit formation is important to furthering the science and the neurological implications of the consciousness of change creation.

The Advantages of Practicing Introspection

One possible advantage of practicing introspection is the reduction of anxieties. Becoming aware of our thoughts and actions in relation to our emotional response to the world around us enables our brain to create accurate thought.

When accuracy and metacognition come into action, the reactionary part of our existence becomes less prominent. With less reactionary response, comes more efficient ways of interacting with the world around us.

Increased connection with others through introspection is an additional advantage of the practice. Practicing the skill of perspective-taking creates space for improved listening and compassionate response to others. When we enter an interaction with an open mind and less preconception, a wider space to communicate is created.

Another advantage of practicing introspection is the expansion of the ability for personal development. When you are in tune with your thoughts, new ones are created. New and creative ideas will thrive in an individual whose mind is clear and focused on birthing the new.

Besides the research mentioned earlier, we also discuss very interesting findings that resulted from intensive research.

Lyubomirsky, Tucker, Caldwell, and Berg (1999) found that when someone focuses on the negative emotional aspects of personal problems, rather than on a constructive problem-solving approach to self-reflection negative affect is present.

Seeing oneself as an object, rather than the subject in charge of their own change can result in deeper depression and anxiety. When utilizing self-reflection, the role of the self as a change maker is vital to its use as a growth creator. Therefore, introspection is not the same as rumination when the focus of the self-examination is insight and problem-solving behaviors.

There was some important work in education by John Dewey regarding the role of self-reflection and student performance. His theories started the progressive education movement and have had much debate since their production.

It has been widely discussed and researched with the intention of better understanding the importance of self-reflection in higher grade attainment.

The awareness of one’s own blind spots when it comes to introspection is an interesting area of scientific finding. The finding of the why of introspective blind spots (Pronin, 2007) is fascinating in that most humans rely on behavior in others more than behavior in self when evaluating bias.

People rely more on their introspection when self-evaluating than their own behavior. The bottom line is that no matter how clear one’s thinking is, there is always room for improvement where goal attainment and objectivity are concerned.

In 2010, a particular area of the brain was identified as connected to the practice of introspection. Geraint Rees et al. reported on findings at the University of London, that an area of the pre-frontal cortex (directly behind the eyes) had greater areas of grey and white matter in individuals with higher proficiency in introspection.

The findings show that the ability to practice introspection varies and has a connection to anatomy.

8 Things You Can Do to Realize These Benefits

Self-awareness seems like it would be an innate, automatic activity. It is, however, an intentional practice of examining inner thoughts, feelings, emotions, and behaviors. The following are a few ways to start increasing the capability to practice in order to realize the benefits.

In addition, you can also read our top selection of self-awareness books to increase your reflection.

Learning how to think about our internal and public self is a skill. Many aren’t used to the idea of this type of self-awareness work. Yet, the benefits far outweigh the time it takes to invest in learning the skills.

Self-awareness not only benefits the practitioner, but all that surrounds him or her. The clear and conscious mind gives way to the opportunity to continue on a path of learning. Without clarity, our ability to combat judgment and cognitive bias will always deter progress. This seems to be a foundational practice that leads to future enlightenment for every practitioner in positive psychology.

We hope you enjoyed reading this article. Don’t forget to download our 3 Self Compassion Exercises for free.

References
About the author
Kelly Miller is a graduate of the Flourishing Center’s CAPP program and published author of Jane's Worry Elephant. She is currently the owner of A Brighter Purpose, LLC, a provider in positive psychology coaching services. When she isn’t gleefully helping humans move toward flourishing, she enjoys National Park hikes and spending quality time with her adventurous family. 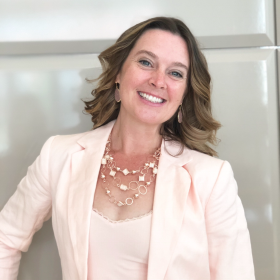 Inner Child Healing: 35 Practical Tools for Growing Beyond Your Past

Many clients enter therapy because they have relationship patterns that they are tired of repeating (Jackman, 2020). They may arrive at the first session asking, [...] How to Begin Your Self-Discovery Journey: 16 Best Questions

Whether spurred by a milestone birthday, life upheaval, or simply curiosity, many of us will at some point set out on a quest for greater [...] Building an accurate picture of ourselves that aligns with reality can sometimes seem out of reach. We regularly block unwanted or uncomfortable thoughts and feelings, [...]